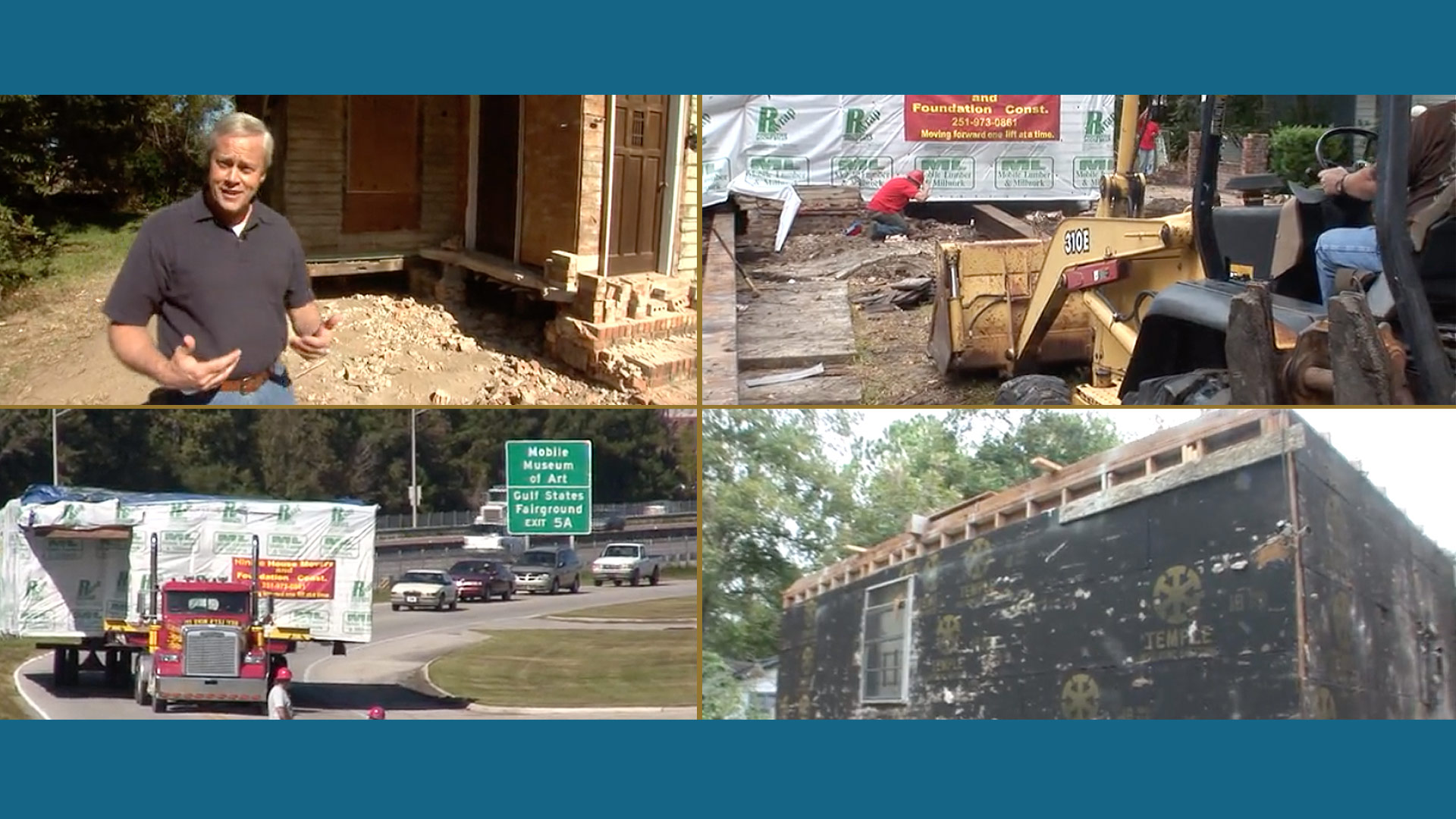 
In 2008, we followed along as a crew moved baseball legend Henry “Hank” Aaron’s childhood home six miles from its original location, in Toulminville, Alabama, to the stadium of the now-defunct, Minor League Mobile Bay Bears baseball team.

Moving a house is a difficult task that requires a lot of hard work — and care. After all, this crew was preserving a piece of American history, the childhood home of “Hammerin Hank” Aaron.

First, the crew had to remove all the brick veneer from the sides of the house, which revealed a layer of asbestos siding beneath it.

Since exposure to asbestos poses a potential health risk, asbestos specialists, wearing protective clothing and respirators, carefully removed the siding. Then, they properly discarded it in plastic bags.

Next, the roofing and rafters were removed so the house fit beneath any utility wires that would be encountered along the way.

Once extra bracing had been added to stabilize the structure, the entire building was covered with tarps to keep it dry.

When everything was ready, steel beams were welded together and inserted under the foundation of Hank Aaron’s home. Hydraulic jacks were used to lift the house, with wood cribbing providing support.

After the house was high enough off the ground, dolly wheels were attached to the steel beams on the 30-ton structure. A tractor-trailer truck was hooked to the front and used to pull the house to its new location.

Negotiating sharp turns was a slow process since the house had to be jacked up again so the tires could be repositioned.

The trip across town took six hours, but it was well worth the effort.

• Hank Aaron was born in 1934 in Mobile, Alabama and spent most of his childhood in Toulminville, Alabama.

• He held the Major League Baseball record for career home runs for 33 years.

Watch this video for the full episode of ‘Today’s Homeowner.’